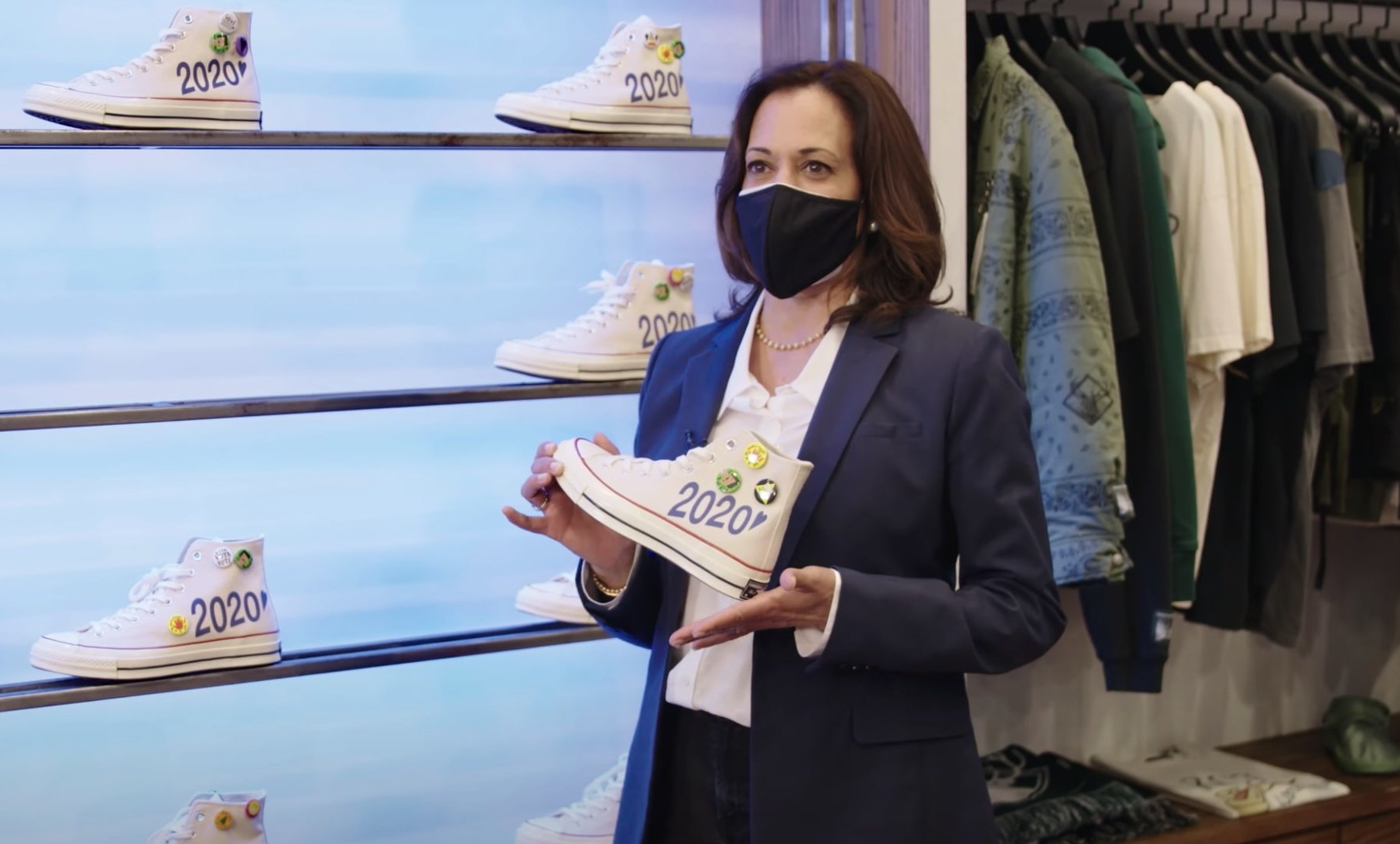 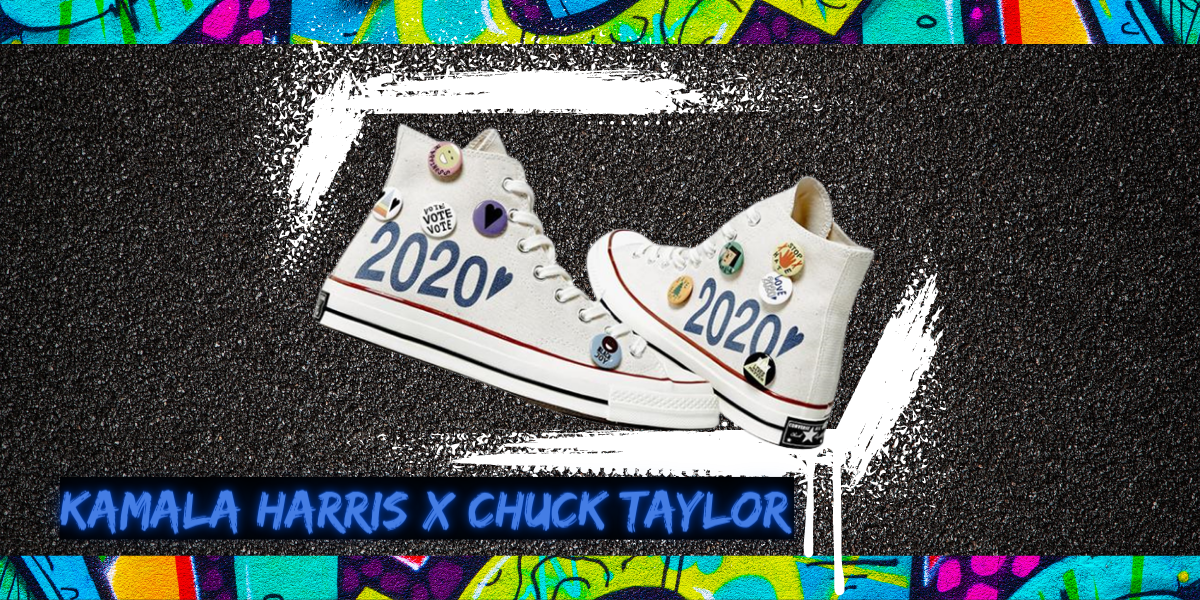 A classic white, red and blue Chuck Taylor is used as the base for the design, and large “2020” hits accompanied by a heart are printed in blue on each shoe’s lateral side. Interchangeable pins can be placed anywhere on the upper and in any quantity that the wearer desires. Awash in a vast array of colors, some of the pins touch on everything from climate change to the Black Lives Matter movement, while others simply nod to happiness or the importance of voting — and Sen. Harris is present on one as well.

The Social Status x Nina Chanel x Converse Chuck Taylor All-Star will not be for sale, as every pair has been donated to students of Sole Food Digestible Sneaker Culture, a course taught by Dr. Jemayne L. King at Johnson C. Smith University. -hypebeast.com

FAR ABOVE THE POTOMAC

Though I’ve never been a fan of the Converse Chuck Taylor All-Star, this shoe is the rarest shoe I own. Considering I selected most of the individuals who now own it, it is priceless. During the fall of 2020, David J Butler called me, hoping my class Sole Food: Digestible Sneaker Culture could be a vehicle for this momentous moment in sneaker culture and American history. Ultimately, my Sole Food students all received Nina Chanel’s Converse Chuck Taylor All-Star—inspired by and created for—the then-Democratic Vice President candidate: Kamala Harris. Commissioned by Social Status, the shoe is another example of sneaker culture reaching the highest point in the American government.

Recalling when David reached out to me, the timing was significant because we were in the early stages of a global pandemic. Consequently, my courses were 100% online synchronous. Unfortunately, my students could not be a part of the filming; it would be a full calendar year before they procure their pairs. Yet, they were still happy to receive them—post returning to campus. Considering popular culture and presidential elections, when I was in 9th grade, I stayed up to watch Democratic Presidential candidate; Bill Clinton appears on The Arsenio Hall show. At the time, I couldn’t believe a presidential candidate would appear on a show like Arsenio’s. His show was hip.

Furthermore, it was also Black. I sat there thinking, “There’s no way publishers can avoid this in history books.” That evening, Bill Clinton swayed voters by playing the saxophone with Arsenio’s band and appealing to popular and Hip-Hop culture. That appearance changed presidential campaigning forever. It was the epitome of a non-traditional approach to attracting and recruiting new voters. More importantly, it was a harbinger of African American Sneaker Culture as a campaign tool. As a direct result, Nina Chanel’s Kamala Harris-themed Converse Chuck Taylor All-Star is to Vice President Kamala Harris, as The Arsenio Hall Show was to President Bill Clinton. Though I’ve never been a fan of the Converse Chuck Taylor All-Star, this shoe is the rarest shoe I own. It is also my direct connection to American, presidential, and world history. I never thought African American Sneaker Culture would make it this far—above the Potomac.