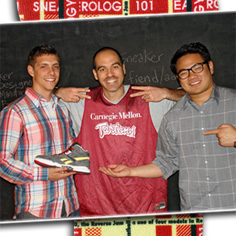 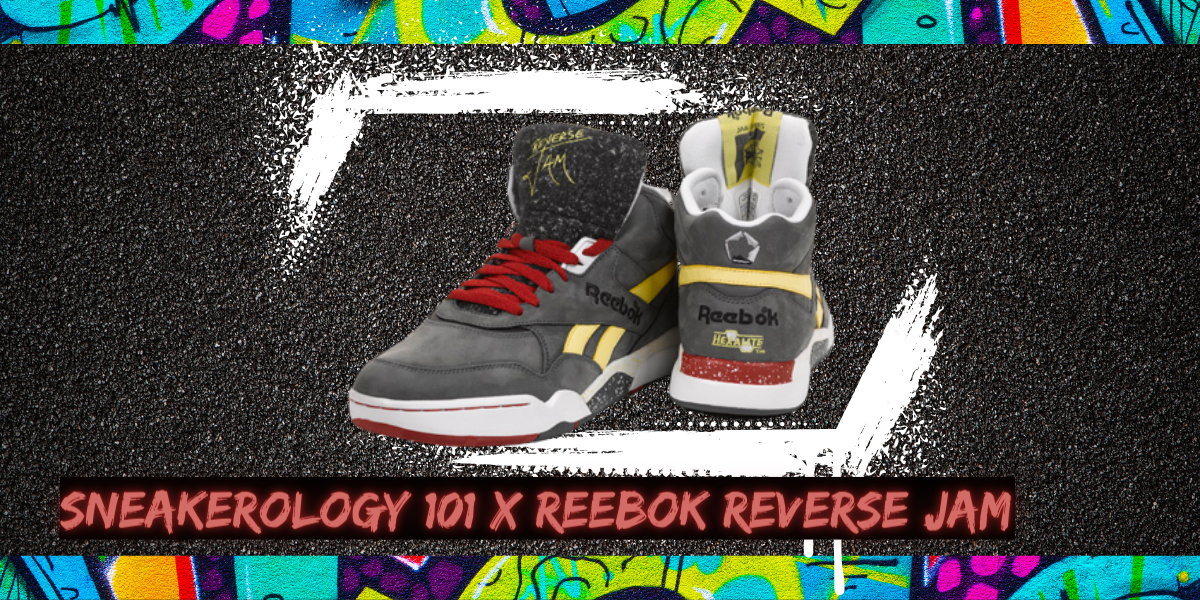 Carnegie Mellon University created a student-led, 1 credit Sneakerology 101 class, which educated students in all aspects of sneaker culture. The folks over at Reebok realized the efforts being made by the institute and rewarded them by designing a sneaker specifically inspired by the class. First off, the outer of this Reverse Jam Mid contains elements that directly relate to a classroom atmosphere. For example, the slate nubuck upper represents the blackboard, the yellow stripes represent chalk, and the wool felt tongue represents a chalkboard eraser. Aside from the upper, this pair also features a speckled midsole and a plaid insole which draws from Carnegie Mellon University’s Scottish roots. Only 101 pairs of the Sneakerology 101 x Reebok Reverse Jam Mid were created; they retailed for $75 at the university’s public Kicksburg Event on April 15, 2009.- Sneakerfiles.com

Dr. King was a featured Kicksburg speaker. The pair provided to the Johnston Memorial Library is one of the 101 pairs created for the event.

Before Sneaker Culture became a fixture in higher education, it was often viewed as folly by anyone who did not subscribe to the subculture. Starting as an extension of African American culture, it became a part of popular culture. So much so that sneakers became the focus of a class taught by students Jessie Chorng and Elliot Curtis at Carnegie Mellon University. Sneakerology 101 is the harbinger of my own English course, Sole Food: Digestible Sneaker Culture. Both studies helped propel African American Sneaker Culture into the academy. With academic inclusion, global validation followed.

Consequently, Sneakerology 101 spawned a collaboration with Reebok. The Sneakerology 101 x Reebok Reverse Jam paid homage to Carnie Mellon’s intellectual property and incorporated functional callbacks to classrooms. This includes a tongue that performs as an eraser, a vector colored as yellow chalk, and a slate colorway that mimics a blackboard. Only 101 pairs were created. Naturally, e-commerce was not the juggernaut it is today as it was in 2009. Correspondingly, to purchase pairs, patrons had to be present at Carnegie Mellon’s Kicksburg Event on April 15, 2009. When I met Elliot and Jessie, I recall Elliot sharing with me details of his pitch to Reebok while he worked as a summer intern. To have a base for the collaboration, he was charged with selecting a sneaker that was in line. This means he had to use a shoe that Reebok was currently producing.

Regarding the Reebok Reverse Jam, it was initially released in 1990; it was prominently featured in the film White Men Can’t Jump (1992). It was also noticeably promoted in the NBA by various Reebok endorsees. Similarly, it was also worn by Bo Kimble during his senior season at Loyola Marymount in 1990. Like most premium basketball sneakers, the Reebok Reverse Jam—and 360 Jam—were flanked by “take down” releases. The takedown models were the Reebok Thunder Jam—which I owned in 1990—and the Reebok Sir Jam. Like many 90s basketball sneakers, the Reebok Jam series featured speckled midsoles and bright neon accents. The Jam series also featured Hexalite—a staple in Reebok performance—and retro—sneakers. The pair featured in the Johnston Memorial Library is one of the 101 pairs sold at Kicksburgh. It is deadstock. This is mainly because, for nearly 14 years, I can’t justify wearing them. As I once said to my father, “If I really like a shoe, I can’t bring myself to wear it. He replied, “If I like a pair, I’m wearing them immediately.” I am my father’s son in many regards; sneaker practices are not included.