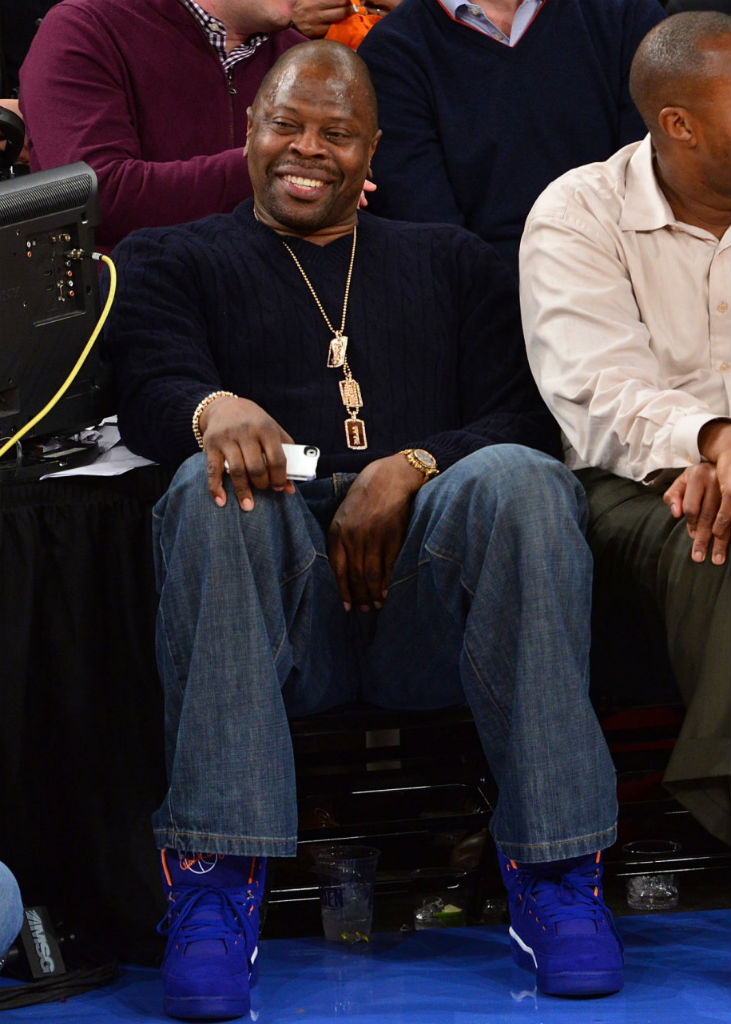 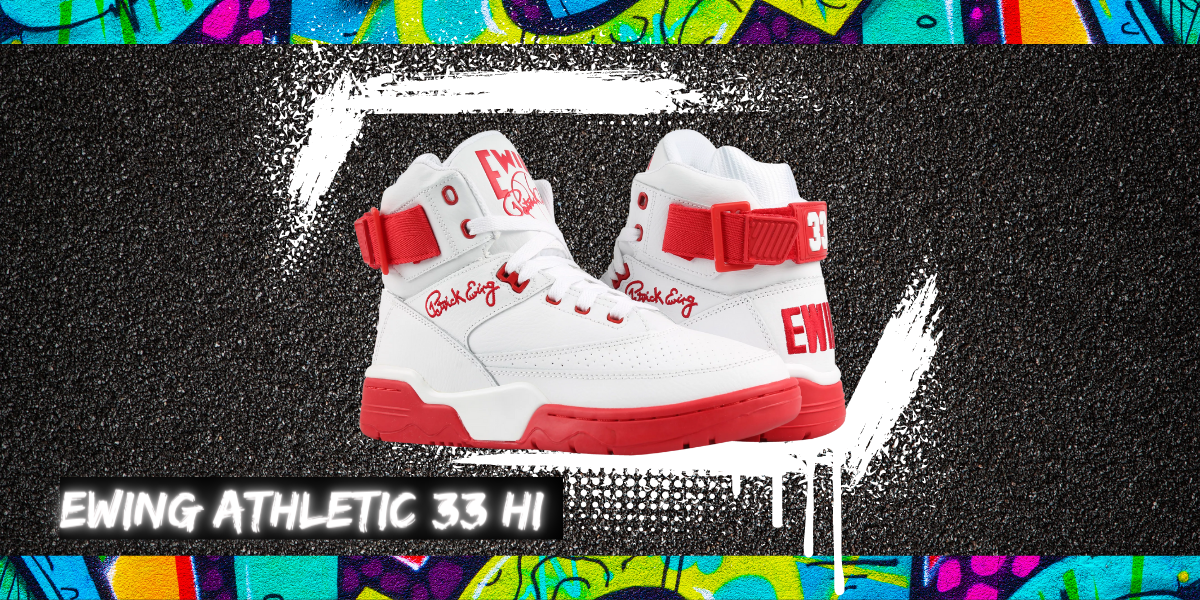 The flagship Ewing Athletics shoe, the 33 Hi, is an exact retro of the 1990 original. It features a classic reversible ankle strap that can be worn on the front or back of the shoe and a full-length PU midsole for cushioning. - Ewing Athletics

Post separating from Adidas, Patrick Ewing planned to sign with Nike. Noting Nike would not market Patrick Ewing properly, his agent, David Falk, suggested he create his own company and signature shoe. Thus, the 33 Hi gained prominent features during the 1989-90 NBA season. Consequently, it became synonymous with Hip-Hop music and culture.

The Ewing Athletic 33 Hi provided to the Johnston Memorial Library was gifted to Dr. Jemayne Lavar King after Ewing Athletic read about his childhood experience with this specific colorway in his text, Sole Food: Digestible Sneaker Culture.

My love affair with the Ewing Athletics 33 Hi began with the delivery of January 20, 1990, issue of Sports Illustrated. There it was featured in a small caption: And now he goes motoring in his brand of shoes. Later that spring, it was featured again in Sports Illustrated. Sneaker culture’s authentic subscribers remember the cover story of the May 14, 1990 issue. The headline, “Your Sneakers or Your Life,”  alerted the nation that sneakers were commodities and status symbols. Thus, those who coveted them were willing to kill and die for them. This perplexed the masses, as the majority purchased sneakers for utility. In their minds, sneakers were as disposable as the lives that coveted them. Considering the impending appropriation, It would take another 30 years for the majority to attempt to assimilate into African American sneaker culture. As much as I was enlightened by the atrocities documented in the cover story, this Sports Illustrated issue became a stain on my brain for another story. The playoffs featured a five-game first-round series during the 1989-90 NBA season. That year, the Boston Celtics finished the season with a 52-30 record; conversely, the New York Knicks finished the season with a 45-37 record. Subsequently, the Celtics earned the 4th seed, while the Knicks procured the 5th seed. This meant 3 of the five games would be played in Boston; this was significant as the Knicks had not won a game in Boston since 1984.

Ultimately, the series reached a game five climax. Boston won the first two games, but New York won the next three. Due to his stellar play during the series, Patrick Ewing received media coverage, and so did his signature sneakers. At the time, I thought Patrick Ewing was still signed to Adidas. Before the season, Ewing’s relationship with Adidas ended. He planned to sign with Nike until his agent intervened. Super-agent David Falk became internationally known due to his affiliation with Michael Jordan; he represented Jordan and over 100 more NBA players.

Regarding Falk’s clients, Ewing is second only to Jordan in name and accomplishments. It was Falk who advised Ewing to create his own company and sneaker. Had he signed with Nike, Ewing would have been relegated to wear the Force basketball series; he would not have been featured. He would have been another post-player with little to no marketing. Due to consumer trends, more prominent players are not as marketable as more minor players. Thus, historically, guards and small forwards have more signature endorsements than post players. Taking Falk’s counsel, Patrick Ewing began Ewing athletics in 1989. I saw the 33 Hi for the second time in the May 14, 1990, issue of Sports Illustrated. To me, the sneaker was art; it was perfect. After reading about how the Knicks won the series—I watched the entire series prior and was still amazed to read about it—I found my mother in the house and asked specifically if I could have a pair of Ewing Athletics 33 Hi.

Though I already owned a good number of sneakers, I rarely asked for specific pairs by name. My mom noted this and agreed. She stated that we would put a pair on layaway to ensure I would not lose the opportunity to buy my size 13. The only store in Franklin, VA, that sold Ewing Athletics was a mom-and-pop store called: New York Fashions. My mother gave me $40 to put down and mentioned that we would return in one week to pay for them in full. When we returned a week later, the proprietor alerted me that the store had been robbed. She explained that I could either receive a refund or she could place an order for a new pair, but it would take two more weeks. I opted for the refund; that afternoon, I purchased another sneaker from another store in town. Later that year, New York Fashions closed. Ewing athletics were no longer available locally. Also, by 1996, Ewing Athletics went out of business.

Between 1990 and 2012, every sneaker I purchased was purchased because the 33 Hi was not an option. Over the years, I noticed obscure sneaker companies returning. In 2002, I began a savings account specifically for Ewing Athletics, just in case it was revived. I would not own a pair until 2012, when GPF Footwear revived the company. In my book, Sole Food: Digestible Sneaker Culture, I speak candidly—with detail—about my Ewing Athletics experience. The company eventually retroed the colorway I intended to purchase in May 1990. They sent me the pair on display in this collection unannounced before they retailed to the public.