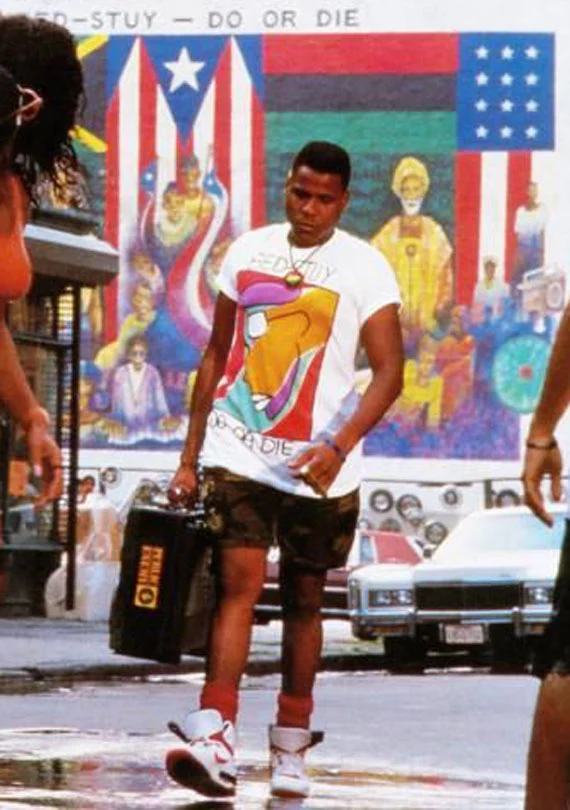 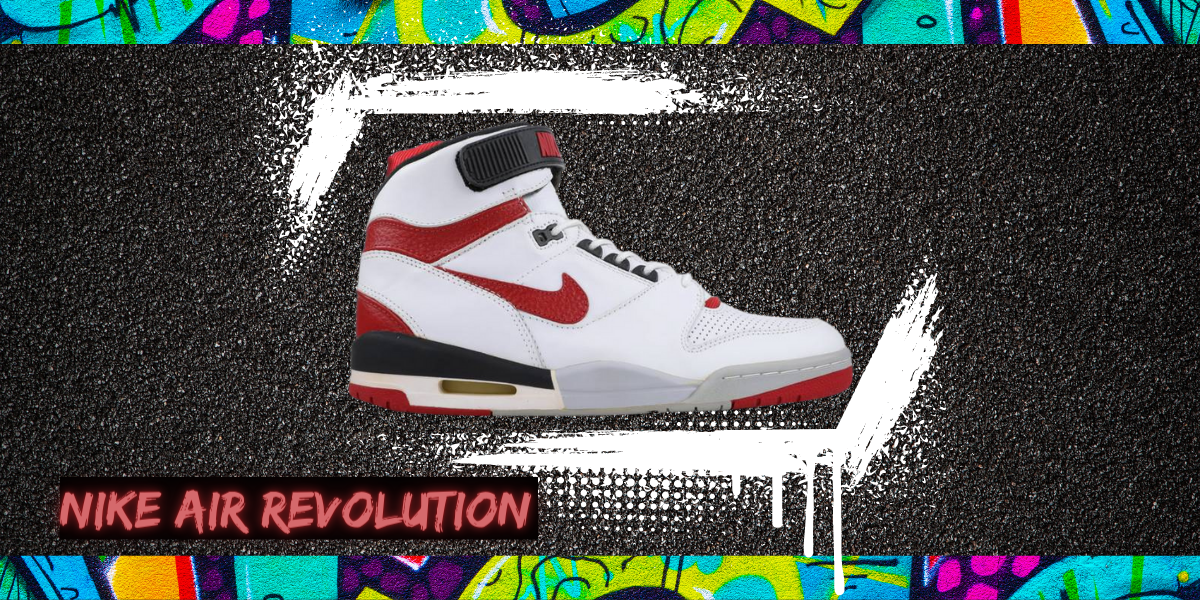 First released in 1988, the Air Revolution was an ideal basketball shoe. It featured Nike’s patented Air technology and featured the see-through bubble under the heel of the shoe. It was a high top that featured an ankle strap and had a perforated toe box. The bottom sole came up and wrapped around the front of the shoe for better turning stability and control. It was everything a baller could ask for, and as the name implied, the revolution “was bout’ to be televised.”- Kicksonfire.com

The Nike Air Revolution, provided to the Johnston Memorial Library, is a retro colorway inspired by the pair featured in Spike Lee’s 1989 film, Do the Right Thing. The aftermarket lace dubrae pays homage to the four finger rings worn by Bill Nunn’s character, Radio Raheem, in the film.

Initially released in 1987, the Air Revolution was the first Nike basketball sneaker to feature a visible air unit (Vis-Air). My mother took me to Shoe Show in Franklin, Virginia, to purchase sneakers for back to school. I saw the Air Revolution sitting prominently on display near the front of the store. I picked them up and presented them to my mother. She immediately locked in on the visible air unit and exclaimed, “I’m not paying for that air bubble.” Realizing that waking away empty-handed was a reality, I just stood there frozen. I thought my mother would relent and buy them if there were no tangible alternate options. Moments later, she picked up the Nike Air Delta Force High (1988). This shoe is another classic Nike basketball sneaker that historically is held in high regard due to its premium materials. Yet, it does not feature the technology of its predecessor, the Nike Air Revolution—specifically visible air. They were white and royal, like the Air Revolution I wanted. They were not my first choice, but they were still awesome sneakers. I agreed, and we went home. I knew that this choice was better than not getting anything. Consider this one of the win-win scenarios parents and children experience while shopping for back-to-school.

Ironically, on Christmas 2013, my mother gifted me the (White/Red) 2013 Nike Air Revolution Retro—on display via the Johnston Memorial Library. It was not lost upon me that this was a full-circle moment. The pair my mother refused to purchase back to school season 1988 was sitting before me 25 years later. Did she remember this? Absolutely not. I wasn’t going to tell her either; I didn’t need to. It’s always the thought that counts and the execution of the virtue: patience.