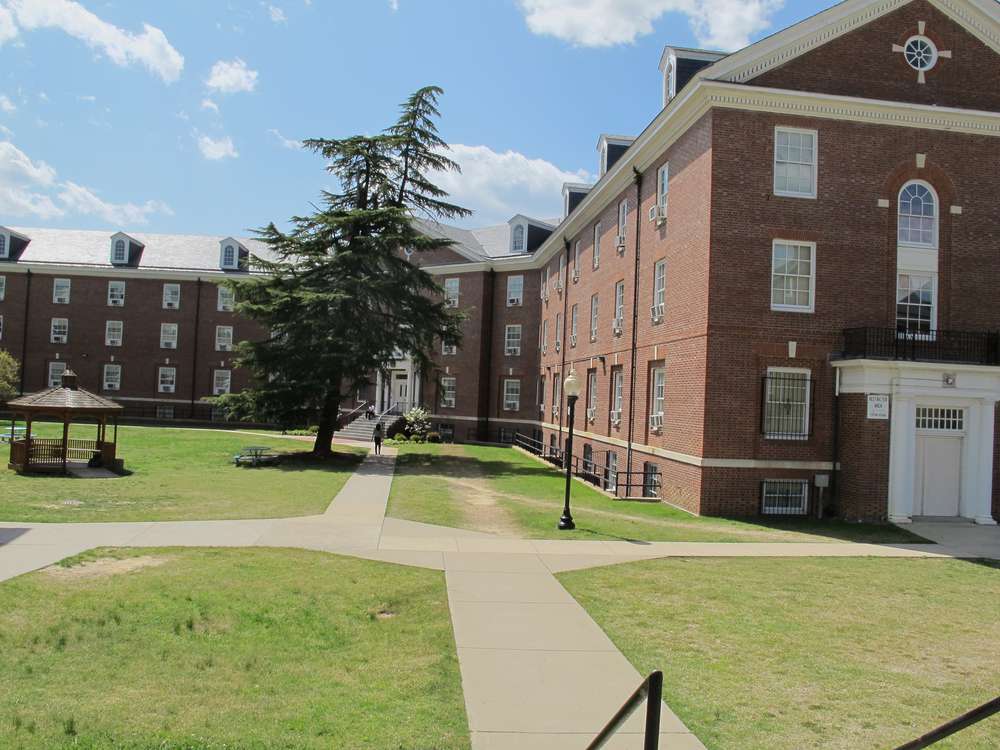 Branch Hall is a freshmen female residence hall at Virginia State University and was erected during the 1949-1950 academic year.

This four-story, five-wing residence hall is named for the late Mary E. Branch, the first graduate of the institution to become president of a college. In 1930, she became the first Black woman to be appointed the president of Tillotson Teachers' College in Austin, Texas. Each wing in Branch Hall is equipped with one community bathroom.

Residence Directors (RD), who are full-time professional staff, are responsible for the overall supervision of the residence halls. Resident Assistants (RA) and Graduate Assistants function as paraprofessionals and assist the RD in their duties.

Gateway Hall, a co-educational upper-class Residence Hall, was erected in 2012. This four-story residence hall is the largest residence hall on the campus of Virginia State University and is able to house 586 students in a mix of double and single rooms.

This residence hall features an air-conditioned lobby on each floor along with a computer lab on the first floor, multi-purpose room, game room, wellness center, first aid room, and laundry room. 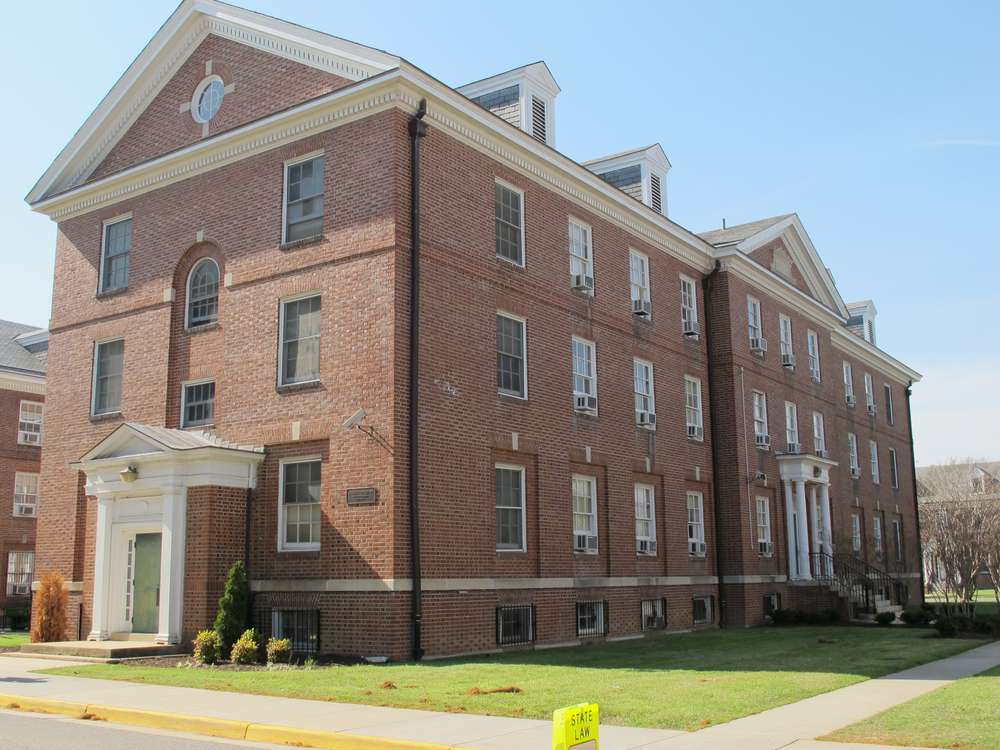 The former Eggleston Hall is now Lucretia Campbell Hall to honor the first Black woman faculty at the University. Eggleston Hall (a freshmen female residence hall) was originally named in honor of Dr. Joseph D. Eggleston, a former member of the Board of Visitors at Virginia State College. Lucretia Campbell Hall was the first dormitory constructed for female students at Virginia Normal and Industrial Institute now Virginia State University. The funds for the building were secured from the Noell Fund. 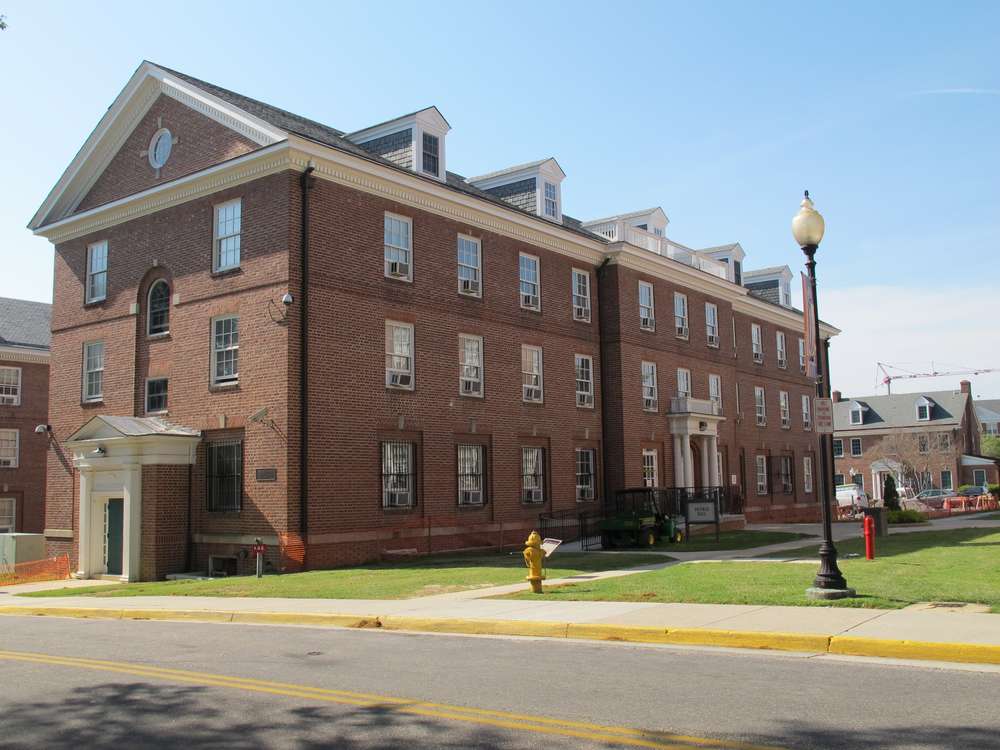 The former Trinkle Hall is now Johnnella Jackson Hall named for the musician and civil rights activist who wrote VSU’s Alma Mater. Johnnella Jackson Hall was built in 1929 as a 60 room dormitory for female students. It has 23,250 square feet of floor space and is currently used as an administrative office building. 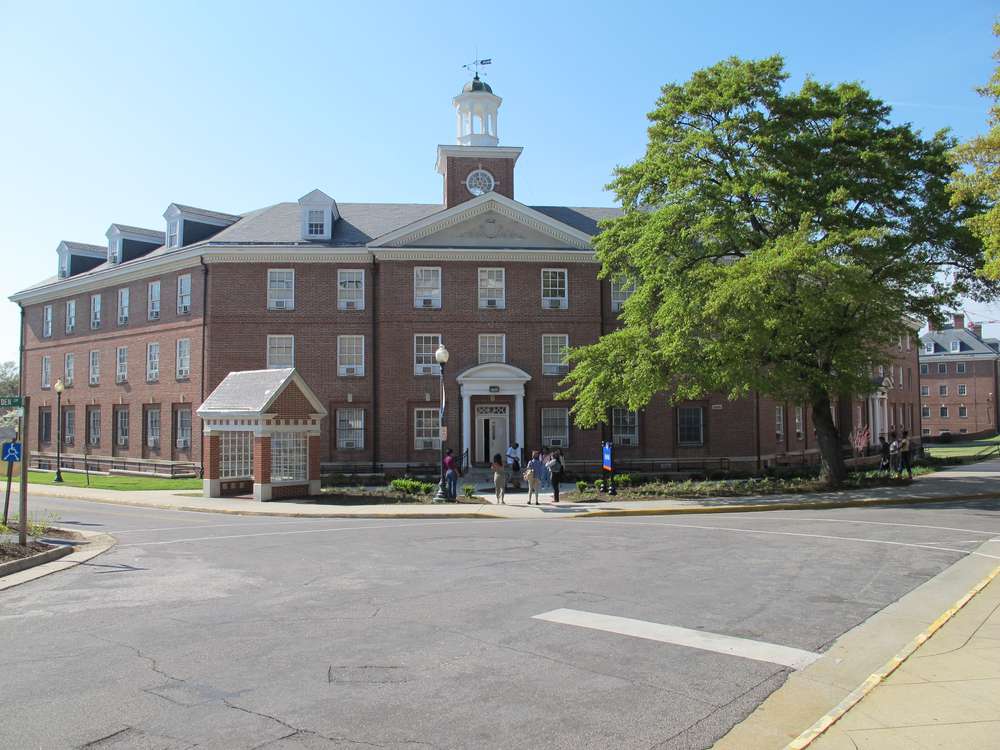 Floyd Byrd, former Governor of Virginia and was erected in 1929-1930 from funds derived from the Noell Act and with appropriations made by the General Education Board. 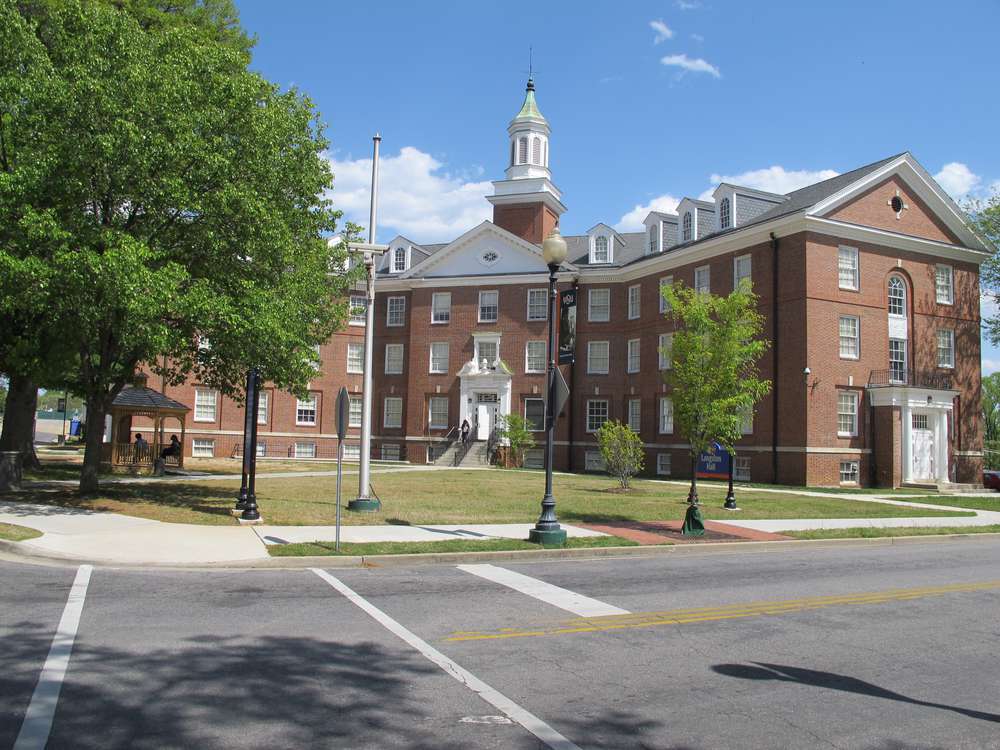 Langston Hall, a freshmen co-educational honors hall, was built in the 1928-1929 school year and named for Mr. John Mercer Langston, the first president of the Virginia Normal and Collegiate Institute.

Honor students participate in various mentor, volunteer, and developmental projects as part of their honor status. Langston Hall has been completely renovated and features a lobby where students can relax on the first floor, as well as, lounges on each floor. Although it is a co-educational residence hall, each floor or wing is designated as male or female only. The residence hall has laundry facilities, mail services, and a computer lab that has internet access and word processing capabilities. This residence hall contains single rooms, single suites, double rooms, and double suites. 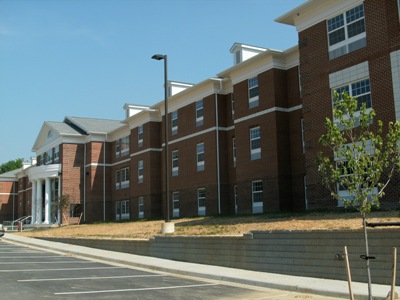 Moore Hall, a co-educational suite-style residence hall, was completed in August of 2008. It is named in honor of Eddie N. Moore, Jr., the university's 12th president, and his wife Elisia. 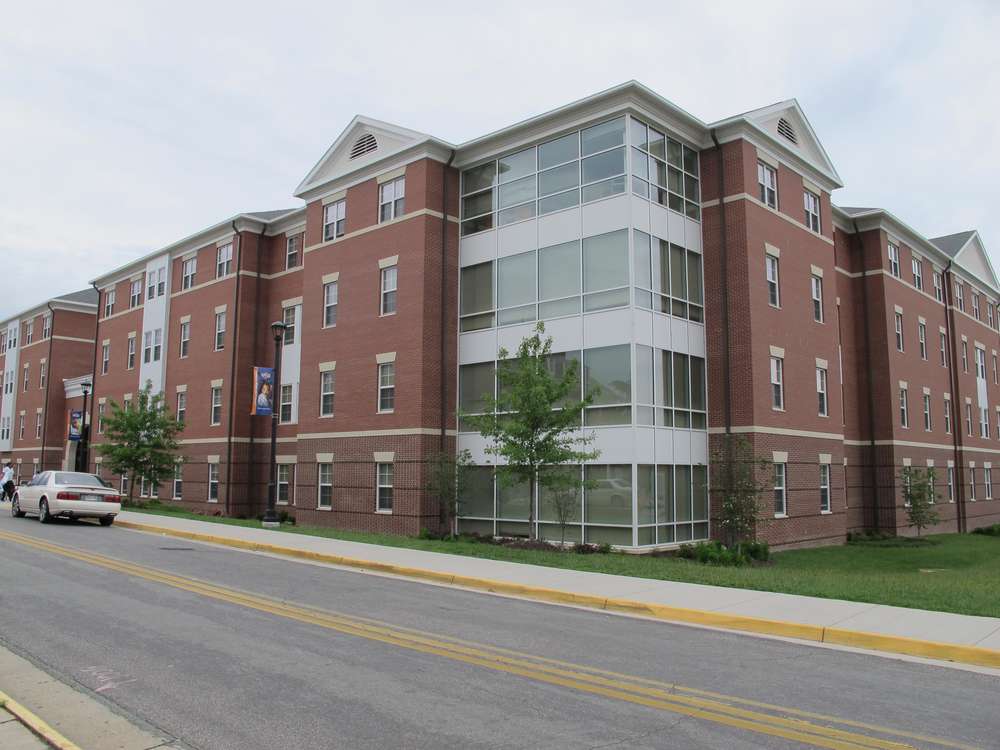 Quad I is a freshmen residence hall, completed in the 2010-2011 academic year. Quad I consist of two L-shaped residence halls connected by a singular lobby.

The two buildings (Quad A and B) house 458 freshmen students with females on the A-side and males on the B side. All double rooms are equipped with a private bathroom and all single rooms are suite-style (two singles share one bathroom). Amenities include study lounges on each floor, computer laboratories, laundry facilities, smart classrooms, multipurpose rooms, and a kitchen in each building. Shared spaces between the two buildings include a central main entrance and lobby, the main commons area, a wellness center, a game room, and a beauty/barber salon. 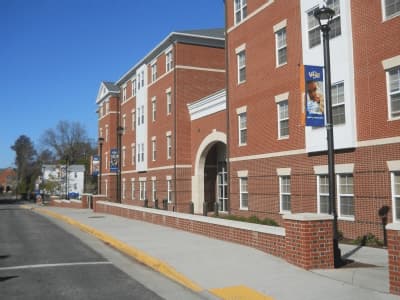 The two buildings (Quad C and D) are Co-Ed and house 472 sophomore/2nd year students. VSU Quad II includes one and two-bedroom units with both handicap and hearing impaired units. All double rooms are equipped with a private bathroom and all single rooms are suite style (two singles share one bathroom). Amenities include study lounges on each floor, computer laboratories, laundry facilities, smart classrooms, multipurpose rooms, and a kitchen in each building. Shared spaces between the two buildings include a central main entrance and lobby, a main commons area, a wellness center, a game room, and a beauty/barber salon. 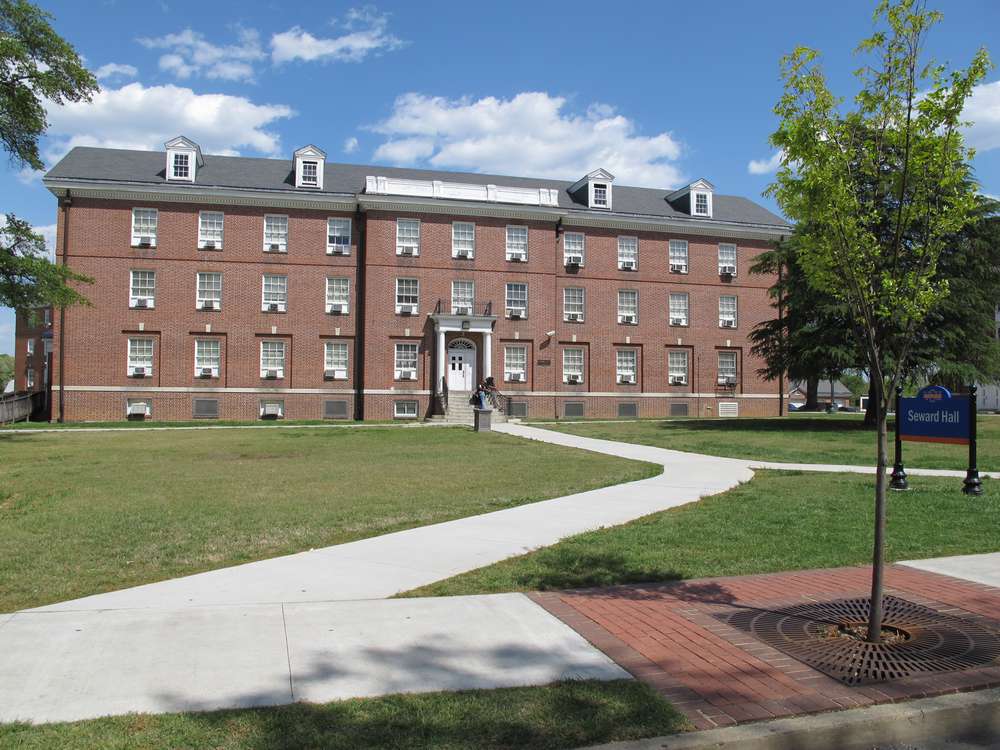 Seward Hall, a three-story brick upper-classmen CO-ED residence hall, was erected in 1926-1927. This three-story residence hall was named for Hatcher S. Seward, a member of the Board of Visitors from Petersburg, VA.

Seward is equipped with air conditioners in each room for the resident’s convenience and features laundry facilities, mail service and a computer lab that has internet access. Each floor of Seward Hall is equipped with two community bathrooms. 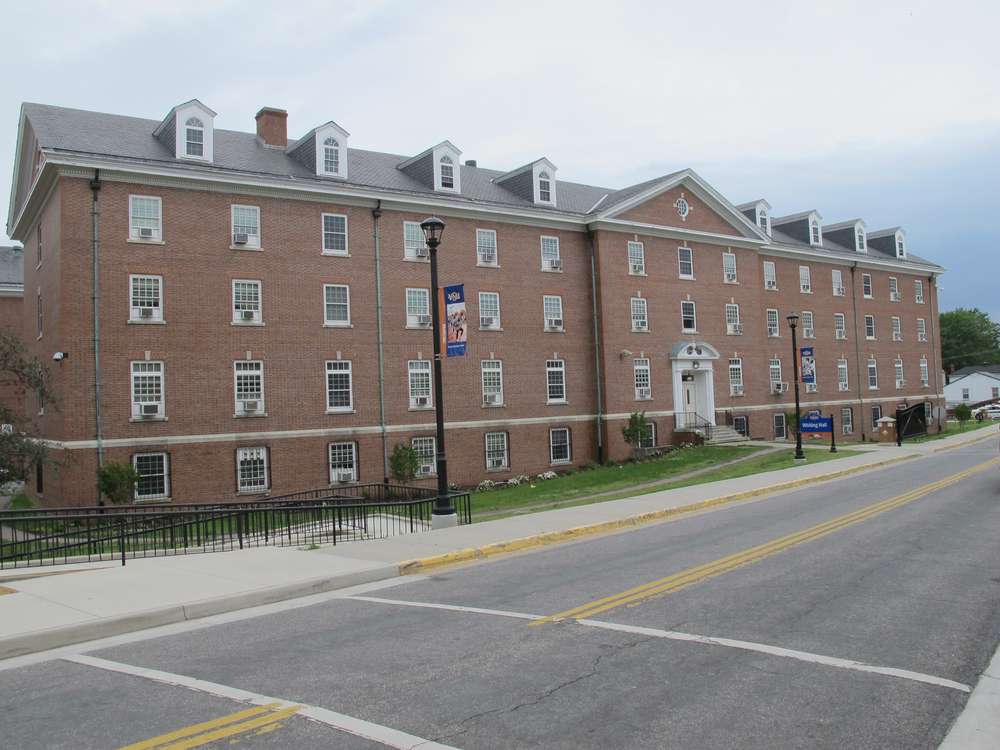 Whiting Hall, a co-ed, suite-style residence hall for upper-class students, was named in honor of Miss Tossie Permelia Frances Whiting, a former Dean of Women and an English teacher at Virginia State University.

This three-story residence hall was erected in 1957. Whiting Hall is the fifth women's residence hall built on Virginia State's campus. It is equipped with an air-conditioned lobby where students can relax, use laundry facilities, and study in a computer lab with Internet access and word processing capabilities. The rooms in Whiting Hall are connected by a singular bathroom, forming 2-party suites and some 4-party suites

As of 2021, Whiting Hall is also home to a COVID-19 testing area for those living and working on campus. 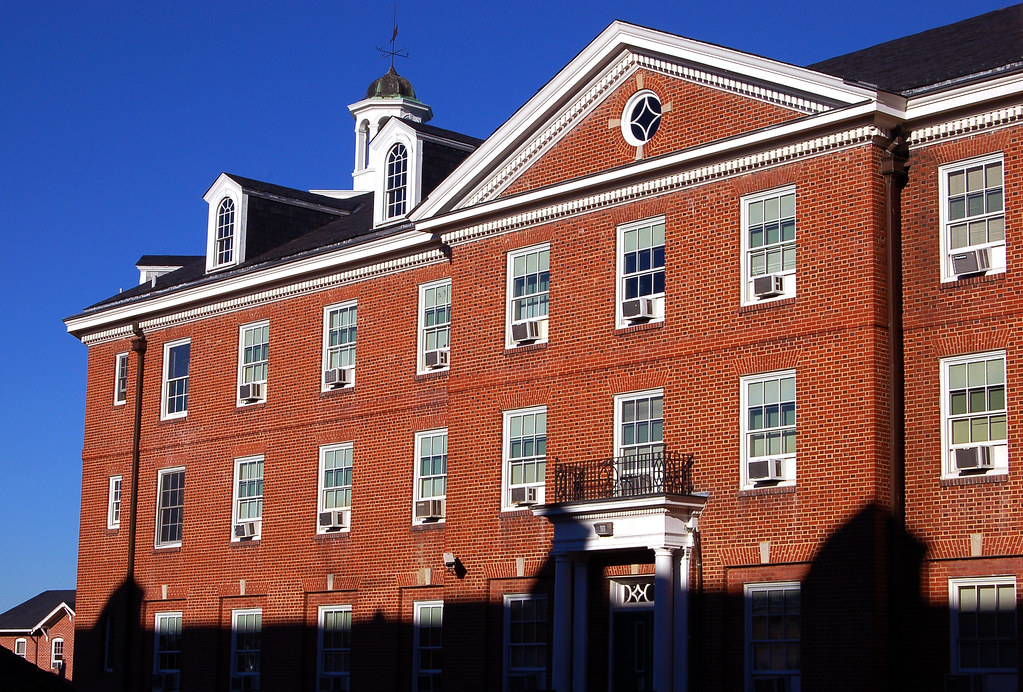 Williams Hall, a freshmen male residence hall, was named in honor of Professor Daniel Barclay Williams, who taught at the college for many years. This three-story, 6 wing building was erected in 1934 and completed in 1935.

Williams Hall is equipped with an air-conditioned lobby where students can relax, a recreational area, laundry facilities, and a computer lab that has internet access and word processing capabilities. It is also equipped with one community bathroom per wing.